Greetings in Christ! March 19-26 I will travel with a team from my home church to San Ramon, Nicaragua. Nicaragua is a Central American country with six million people (New York City has eight million). Though its main language is Spanish it is a multi-ethnic population with seven different 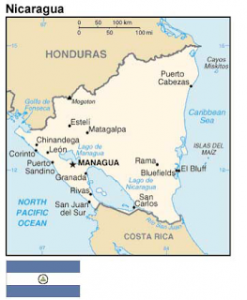 recognized languages and five different ethnic groups where 5% are simply Indigenous. When Jesus said, “Go therefore and make disciples of all nations” (Matt. 28:19), He was not referring just too geographic countries. Rather He was speaking more of ethnicities, of which there are many in Nicaragua.

The country is one of the safest in Latin America and also one of the poorest in the American hemisphere. Nearly 80% of the country lives on less than $2 a day. It is also known for coffee, which is one of the most valued exports for them. (On the map, San Ramon is located in the Department of Matagalpa) 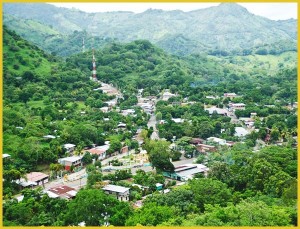 The nation has freedom of religion with 97% identifying as Christian. That’s broke down with less than 70% Catholic and less than 30% Evangelical. That 30% is tremendous and speaks of the larger move of God throughout Latin America. In 100 years He has totally transformed the religious landscape throughout these Latin nations with only 50,000 evangelicals in 1900 and growing to 64 million in 2000. Some of this is coming from nominal Roman Catholics leaving the church. One Catholic publication said what is happening is having a greater effect than what the Protestant Reformation did in Europe. (This is a picturesque view of the rural and mountainous area of San Ramon)

San Ramon sits on the edge of the northwestern part of the country with a population of 30,000 that has an urban area along with about 60 outer lying small villages. It has a great year round climate because it sits at a high elevation.
We are partnering with Pastor Asael Rayo and the La Luz Divina Church. The church was planted in 1997 and is passionate about prayer and evangelism. They regularly fast as a church and join in focused corporate prayer twice a week. They also go out into the community for weekly outreaches that include home visits and open air ministry. 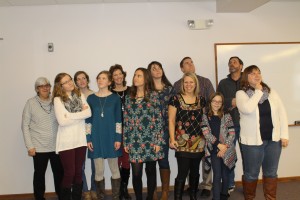 Pastor Grant Clay and I are preparing for a day of pastor training. Pastor Asael will be gathering a small group of area clergy for this time of equipping. I will also be joining with him in their regular home visits. This is a common form of ministry among clergy as they pray over homes, businesses and the sick. I will also be joining with him in their outdoor ministry that includes sharing Christ in the open air with a mobile sound system. Other members of our team will also be involved in children’s, youth and women’s ministry. (Pray for our team – Linda Gilmore, Audrey Derosiers, Mariah Larson, Karrin Larson, Abigail Roth, Shea Smith, Suzanne Clay, Pastor Grant Clay, Tori Clay, Clint Decker, Laura Keim)

Another one of our ministry objectives in this Great Commission task is actually something we want to avoid. We do not want to come in as American know-it-alls. We want to come along side our brothers and sisters in the Lord to learn and be an encouragement. God is wonderfully at work in Latin America no doubt we in the United States’ church could benefit from them.

If you would like to be a financial partner with a donation of $25, $50, $100 or more in our mission to Nicaragua you can learn how you can give at greatawakenings.org 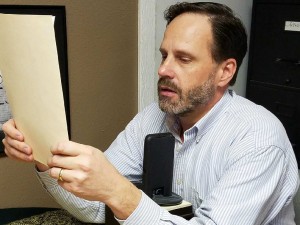 Our radio program launched in September and is on nine stations throughout Kansas. In a prayerful effort to be more effective we have undergone a major overhaul. Our show, The Unbreakable Truth, is a short feature program. It started out with a 90 second length and we have shortened it to one minute. The new length started airing January 30th. Then beginning in March we are rolling out a new music background and a free offer for listeners. We are hoping and praying these changes will open doors to networks that are statewide, regional and national. (Due to modern technology I’m able to record in my office on my cell phone. In the future we hope to purchase equipment and upgrade, but this works well for now)

If you live around the Kansas area, put Tuesday, April 25th on your calendar. It is the date of our annual Celebration of Ministry. It will be held at 7:00 p.m. at Life’s Finer Moment Lodge in Clay Center, Kansas. It is a highlight of the year as friends of the ministry join together for a night of fellowship and celebration as we share all that God has done through Great Awakenings over the previous year.

WAYS YOU CAN PRAY